Can't find what you're looking for?

Sandy became the substantive Head teacher at Trinity in March 2018. She had previously been a head teacher in another local primary school within the Bath and Wells Multi Academy Trust. She brings a wealth of leadership experience across many schools; she is committed to school improvement and providing the best education for the children so they flourish in mind, body and spirit. Andrew was part of the formative Governing Body when Trinity Primary was founded and became its first Chair.

He was invited by the Diocese of Bath to join the governing body Of Kingshill Primary School Nailsea in 2012 when it was under the supervision of North Somerset and had been placed in Special measures by OFSTED. He became the Chair of Governors when it became one of the first MAT academies in 2012. He resigned in May 2015 when he and his wife were moved by the Methodist Church from Bristol to Cheltenham. Following an OFSTED inspection in May 2015, the school was classified as Good with Outstanding features.

He is a retired Chartered Civil and Structural Engineer being a Fellow of both institutions and a former Chair of Great Western Branch of Forum for the Built Environment in Bristol.

Andrew re-joined the Governing body, having moved back to Portishead in July 2019, now living on The Vale with his wife, a retired Methodist Minister. He has 2 sons both living in Portishead, a granddaughter aged 12 and a grandson aged 14 weeks.

Steve joined Trinity board of governors in 2012  and has been a member of the Staffing and Resources since that date. He is also the link governor for training opportunities for the Trinity Governors. He has been elected to be Chair of Governors for the academic year 2019-20 and is really looking forward to bringing his experience to this role especially the link with the BWMAT and the continuing excellent opportunities for all pupils to progress within the school environment. He has recently retired after 40 years in banking and internal auditing across building societies and more recently the charity sector. Nick is the minister for Portishead & Redcliffe Bay Methodist churches. He has been a Methodist minister for 20 years and prior to that worked in the printing trade. Nick is dad to 4 girls one of whom is currently in year 6 at Trinity. He joined the governing body in September 2019 and is keen for all children to grow in body, mind and spirit. He has a special interest in supporting families who foster or adopt. Nick is link governor for Collective Worship and is a member of the Ethos & Learning committee.

Angela joined the Trinity Governing body in 2010 as an Anglican Foundation Governor and was re-elected in 2014. She is on the Staffing and Resources Committee as well as belonging to the Health and Safety Group, where she attends all inspections and meetings throughout the year. Angela is a member of the C of E church in Portishead and regularly rings the church bells. At the moment, she is currently deputy tower captain and the treasurer of the bell ringers and enjoys spending time with her family. Having also been a Cub Scout leader for 20 years, Angela has a wealth of experience working with young children which she continues to evidence through her support to the children at Trinity school.

Chair of Ethos and learning Committee

Hannah is an Anglican Foundation governor and from September 2018 the chair of the Ethos and Learning Committee.  She has two children at Trinity; currently in Year 5 and Year 2.  She is the deputy headteacher of a secondary school in Weston-Super-Mare and has been teaching for 20 years.  She is especially passionate about high quality teaching and improving outcomes for students, as well as effective and inspiring school leadership.  She is also a sports fan and coach at Gordano RFC. Jo joined the Trinity Governing body in April 2019 as an Anglican Foundation Governor.  She serves as Safeguarding Governor, and sits on the Ethos and Learning Committee.  She has a son at Trinity.  Jo is an active member of St Peter's Church, where she helps with the Pebbles group (for 4-11s). She has worked in public sector governance and scrutiny roles for the past 15 years, bringing experience which she hopes will make a valuable contribution to Trinity through her role as governor. 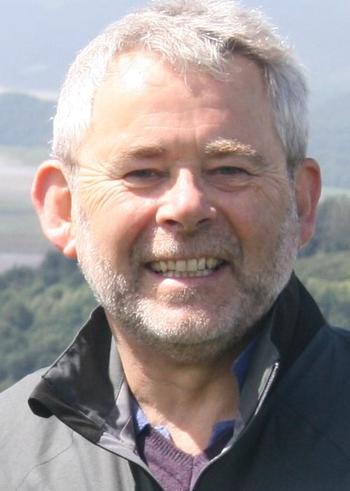 Mark is a Foundation Governor as a Methodist representative and is a member of Nailsea Methodist Church.  He is a retired North East Somerset secondary headteacher and has extensive governor experience.

Nicole joined the Trinity Governing body as a parent governor at the end of 2016. She sits on the Staffing and Resources committee and is also the link governor for Early Years. Nicole works in Banking as a Product Manager and also has two young boys, with the eldest currently in Trinity. Nicole is committed to raising standards to ensure confident and happy children and is enjoying developing her knowledge and understanding of the school and education system.

Richard is an experienced project manager currently working in the public sector and is used to engaging with a wide range of people and organisations across all sectors and at all levels. He is also a leader with a local Scout Group and member of the Group Executive committee which runs all aspects of the group including budget control. Richard believes this background will be useful in the role of parent governor.

Gemma joined as a staff Governor in Autumn 2017 and brings a wealth of experience with almost 12 years experience in education. Gemma started her career at a nursery following the EYFS, developing her knowledge of early stages of child development. She then worked for nearly 7 years at Portishead primary school as a full time Teaching Assistant (TA) as well as a key member of the Governing Board where she loved making a difference by improving standards for pupils education. Gemma is now a part time TA at Trinity, a proud mother of two, and feels passionately about supporting children at Trinity to maximise their academic achievements.

Sheryl has worked at Trinity School as Admin assistant since it opened in 2008. She is married with two grown up children. She is an member of a church in Nailsea and runs a children's group (Year 3-6) every Friday. She became Clerk to Governors in April 2019.

Together we inspire, through our Christian values, unique individuals who believe they can achieve more than they ever thought possible in mind, body and spirit. Through nurture and challenge, we provide a firm foundation to enable all to thrive, to lead and serve in their life long journey as local, national and global citizens.